Fraggle favorites as a personality test 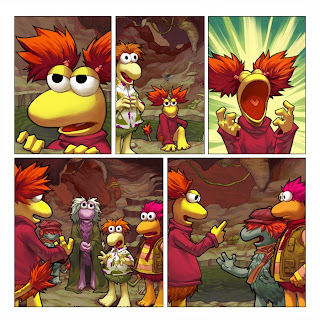 Marianne or Ginger used to be a question that showed what kind of woman a guy preferred, the sweet country girl or the Hollywood starlette. (Okay, they were both hot, so it wasn't that big of a test.)

Or, who is your favorite superhero? Back when I was dating, I found that I tended to date men who favored Daredevil. (Not sure how that reflects on me.)

But, much to my surprise, no one mentioned the Vasco da Gama of Fraggles, Uncle Traveling Matt. Confusing, to say the least.
Posted by Adrianne at 7:30 AM