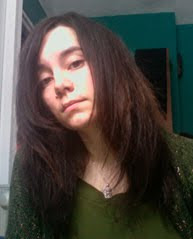 Joanna Estep, the artist for both the Fraggle Rock stories I wrote, has kindly agreed to do an interview for my blog. Not only is she a talented artist, but she's also pretty darn funny.

Joanna Estep is an award-winning comic artist, writer, blogger, and accomplished whateverist. She’s currently best known as the co-creator and artist of the Tokyopop series Roadsong. Her other achievements include short comics under publishers such as Image Comics, ComicMix, and Tor, and her textbook Timing: Expressions of Time in Sequential Art and Design, which received the Charles Logan Smith award for excellence in design. In addition to her work in comics, Joanna is also a co-founder of Milktooth Press, which specializes in the creation of unique art calendars. Presently, she lives way out in the wilds of Ohio, where she likely spends too much time working on her bug collection, and not enough time working on her comics.

1) How did you get involved with Fraggle Rock?

It's a pretty humdrum story. Archaia editor Tim Beedle and I have been friends since I was drawing Roadsong for Tokyopop, and have been waiting for a chance to work together. He contacted me about drawing Fraggle Rock and it sounded like fun, so I hopped on board.

2) Who is your favorite Fraggle and why?

Self-servingly, I think my favorite is Red Fraggle, because her poofy hair is so much fun to draw. 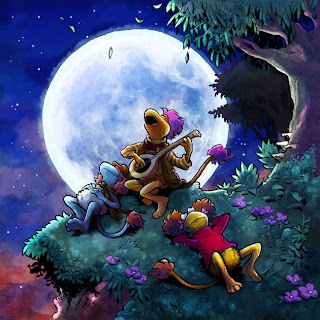 3) Have you done any other Franchise work?

Not really. Wait no, I take it back. I've illustrated a few stories for various established universes/storylines, such as Zacherley's Midnite Terrors and Munden's Bar, but for the most part I've worked worked on a lot of original projects. However, it's cool to work on something like Fraggle Rock, because my non-comics-saavy parents finally recognize the franchise I'm working on, and I think they're thrilled to have bragging rights.

4) How did you get started as an illustrator?

I started drawing. That is sounds like an obvious answer, but it's true. I've been compelled to draw all my life, and I think that getting into illustration has been in keeping with the natural progression of things. When I was in high-school I took my portfolio with me to a lot of comic conventions an asked for critiques from the pros. Eventually I got noticed, and started getting work.

5) What original projects are you working on right now?

Too many! I've got several scripts/pitches/stories that are floating around on my hard drive, waiting for a home. Most recently I completed a self-penned short story called "Ghost Medicine" which takes place in the jungle. 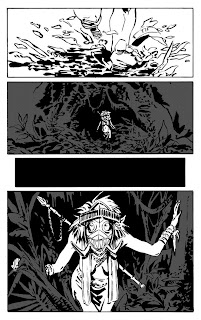 6) Who is your favorite Renaissance artist if limited to Leonardo, Michelangelo, Donatello, or Raphael. Does your favorite Ninja Turtle correspond to that artist?

Not at all! I really admire Leonardo DaVinci's work, but I hate Turtle Leonardo. It was Donatello I liked best amongst the turtles. He was my turtle-crush. I always go for the smart ones.

7) Whose career do you wish you could steal?

I'd gladly steal the career of anyone who has no trouble finding work! That's the tough thing about freelancing... I'm always on the hunt for my next paycheck. I daydream about the day where work regularly finds me. Other than that, I daydream of being cool like Wendy Pini sometimes... and I think I'd also happily to steal Becky Cloonan's career. She's so fabulous and so talented and so fast! I'd love to get the kind of jobs she gets, and I'd love for my art to look that hot.

8) What animal do people tell you that you most resemble?

I'd like to think that I most resemble a human. I hope other people think so too.

9) When you were little, what was your favorite thing to draw? Do you still enjoy drawing it now?

When I was little, I was thoroughly obsessed with dinosaurs and I drew them all the time. Alongside that was my "ducks" phase, where I constantly drew the disney ducks, like Donald, Daisy, Uncle Scrooge, etc. However, once I'd properly learned to draw people, I didn't really go back to drawing ducks or dinosaurs unless it was really necessary. My tastes change a lot. Nowadays, when I have free time I like to make Star Trek fan art.

10) Do you ever write your own stories or do you prefer to illustrate other people's work?

I do enjoy writing/drawing my own stories, and most recently I published a story called "Happy Birthday Michael Mitchell" with Tor.com. HBMM was later made into a short film by talented student director Kristine Jadyk, and I got to travel to The Factory (a film school) as a guest speaker and help with the shooting. It's been a great experience from start to finish, and I hope to find time to write/draw a lot more of my own stories. I'm a fan of short stories, and hope to be able to compile an anthology of my work someday.

11) Is there anything else you would like to promote, pitch or mention?

I think I've said it all! Thanks!

For more cool Joanna info, check out these links:

PS. if you wanted to add a link to where you can read Happy Birthday Michael Mitchell online, here it is: http://www.tor.com/index.php?option=com_content&view=comic&id=32012&page=1 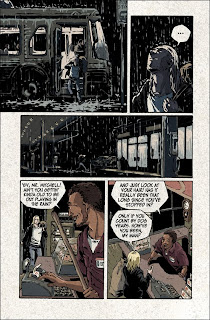