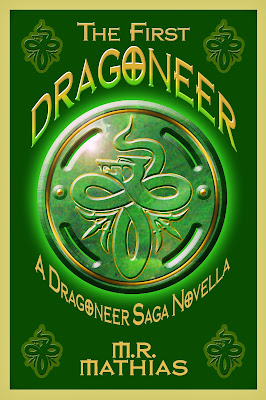 Indie fantasy writer M. R. Mathias was kind enough to give us an interview. He's know for his series The Dragoneers Saga and The Wardstone Trilogy, along with his stand alone titles including Crimzon and Clover, Oathbreaker, Superhero and The Venturion. Here's what Mathias had to say:

AA - Why do you think you’re drawn to fantasy and write in the fantasy genre?

MRM - I played D&D when I was younger. I was always the Dungeon Master so I was the one making up the world for the players. Adding characters and a story just came naturally. I read fantasy because I read to escape. Nothing takes me away like a spell or a bit of sword play.

AA - What can you tell us about the world of the Dragoneers?

MRM - The world of the Royal Dragoneers is a bit different from the world of The First Dragoneer. Lets just say, they wont always be Royal Dragoneers, and the continent they are on in the first few full length novels may not be where they end up. It is a Saga after all.

AA - What do you think is the best jailbreak movie and why?

MRM - I liked Con-Air, but recently 'Law Abiding Citizen' where he tunnels into prison so he can leave at will is the best.

AA - If you couldn't write fantasy, what genre would you write and why?

AA - What are three things we should know about the Wardstone Trilogy?

1 - It took only seven and a half months of writing 3k words a day to write all three books. I was in a solitary cell at Michael's Unit in Tennessee Colony, TX, so there were very few distractions.

3 - The story is every fantasy I have ever read (and that's a lot) all rolled up into one great traditional epic sword and sorcery dragon adventure.

AA - Why did you decide to pursue ebooks instead of going to traditional publishing route?

MRM - I just did it. I was tired of getting rejection letters. Now I open the mailbox and get checks. 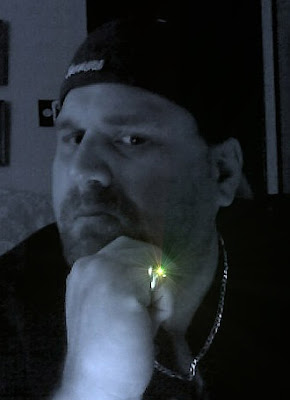 Stayed tuned for Part II of the M.R. Mathias interview later this week.
Posted by Adrianne at 10:34 AM