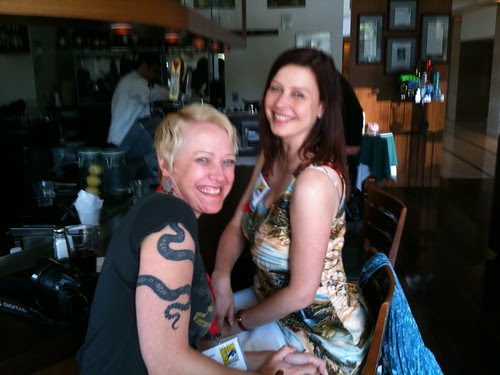 Well, as your can see from this photo, Comic Con 2009 in San Diego was a lot of fun. (And also stressful and exhausting and weird and fabulous - as usual.)

Oni Press was very nice to me and I highly recommend them as a publisher if you can get them.

It's been a bit of a whirlwind since the con, but two books I am currently recommending are:

It's a weird little story with interesting art.

Although, I must say that this Jason McNamara - or Mac, as he apparently prefers to be called - should be treated with suspicion.